Our hearts are filled with sadness at the passing of Richard Spafford a lifelong supporter of the Arts.

His energy and passion launched the Saskatchewan Foundation For the Arts and he leaves a legacy for the arts and artists of Saskatchewan.

His contributions enabled private individuals, businesses, and corporations to build permanent and stable resources for the arts.

Learn more about Richard’s role in the origin of the Foundation here. 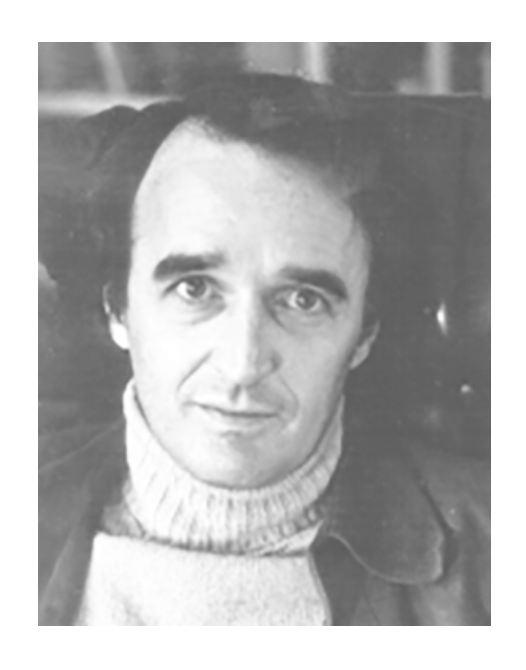 Richard (Dick) Spafford was born in Weyburn, Saskatchewan, and moved with his family to Swan River, Outlook, and Shellbrook. He graduated from the University of Saskatchewan with a B.A. and diploma in education. Afterwards, he worked briefly as a bank manager and then taught art at Aden Bowman Collegiate in Saskatoon, both occupations for which he believed he was poorly suited (though, in fact, he was widely admired as an art teacher). In the late 1960s, when a friend put his bookstore, Northland Books, up for sale, Richard decided to leave teaching and take up the new venture. Shortly thereafter, he recognized that Regina did not have a specialized bookstore, and so he opened the Book Cellar in the Cathedral district, starting with his own cache of $400 worth of books and $400 of borrowed money. The store eventually became Spafford Books, moving to its current spacious quarters on Broad Street. Bookselling was Richard’s life’s passion. He was fascinated by all books: from children’s fables, to comics, to antiquarian books.

Starting in the early 1980s, Richard served as an appraiser for the National Archives. He also worked as an appraiser for libraries and archival departments, developing along the way a keen sense of the fragility and importance of historical documents. He amassed one of the largest collections of Indigenous, Prairie, and Canadian history material in the country, which were sought after by academic libraries throughout North America. When his daughter, Leah, moved back to Regina, she worked closely with her dad in bookselling and appraisals. After a stroke left him partially paralyzed in 2005, Leah cared for her dad and the business, the two continuing a lifelong relationship based on deep love.

In addition to books, Richard was a consummate and gifted collector of fine art, ceramics, and antiques. He had a special eye for picking out rare and historical items and recognizing emerging artists. Many of the pieces he collected over the years can be found in the permanent collections of the Mackenzie Art Gallery, Moose Jaw Museum & Art Gallery, the Saskatchewan Arts Board, Canadian Museum of History, and the Glenbow. Richard was a charismatic person, an engaging raconteur, and an endlessly interesting individual whose sense of humour was unmatched. He was a creative thinker with a strong sense of self and devotion to family and his many close friends.

Over the years Richard was involved in many major initiatives that helped to foster a rich and creative environment for Saskatchewan artists. After the death of his wife, artist and arts administrator Jane Turnbull Evans, Richard continued her vision for supporting the arts through an agency endowed to hold gifts and bequests. The Saskatchewan Foundation for the Arts was established by the Saskatchewan legislature in 1999 and now has an endowment of $2.2 million. In 2005, Richard was awarded the Lieutenant Governor’s Arts Award for Leadership for his contributions to the arts and culture in Saskatchewan.

Arrangements have been entrusted to the Paragon Funeral Home. At Richard’s request, no funeral service will be held. In memory of his life, donations may be made to the Dick & Jane Fund of the Saskatchewan Foundation for the Arts (saskartsfoundation.com).

Big congratulations to Valerie Creighton, past chair of the  Saskatchewan Foundation For the Arts board of trustees. We are so proud of her and thankful for her continued work with the Foundation.

On October 12, 2021, the Canada Media Fund shared an article featuring Ms. Creighton. “One of the most powerful women in global entertainment according to The Hollywood Reporter, CMF President and CEO Valerie Creighton opens up about making it in this industry and looks at the road ahead.”
Read the Canada Media Fund article Here.
The Hollywood Reporter named Ms. Creighton “One of the 20 Most Powerful Women in Global Entertainment”.
From the Hollywood Reporter Article: As head of the biggest financier of Canadian TV, Creighton played a key role in keeping the lights on during the COVID-19 lockdown for the roughly 1,500 local productions the fund supports. A 30-year veteran of the industry, Creighton has also been instrumental in pushing through gender balance measures in Canada — women now make up just over half of the country’s working writers and producers, as well as 36 percent of directors on CMF-funded TV projects — and promoting diversity with schemes that work directly with underrepresented communities.
Her advice to young women entering the business?
“Stay on your own ground and no matter what, hang on like hell to your authentic self.”
Read the entire Hollywood Reporter Article HERE

The Saskatchewan Foundation For the Arts has a surprise for Canadian authors with Saskatchewan roots and invites them to apply for the inaugural Glengarry Book Award prize of $20,000.

Costa Maragos chatted with Gursh Barnard, Chair of the Foundation’s Board of Trustees, to tell us about the largest prize available to authors on the prairies. Our many thanks to Costa Maragos for the opportunity to share information about the Saskatchewan Foundation For the Arts on In Real Time with Costa Maragos. 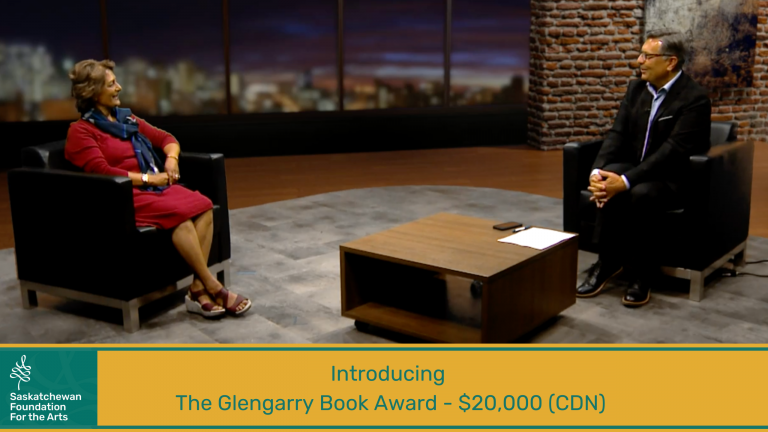 “Saskatchewan has a history of producing renowned writers who have made significant contributions to literature in Canada. I am delighted to establish this annual award in support of literary excellence from or influenced by living in our province.”
– Claire Kramer