The award was the vision of donor and booklover Claire Kramer, a founding trustee of the Saskatchewan Foundation for the Arts (SFFA). The Glengarry Book Award is an annual award for a first edition English language novel or book of short fiction. 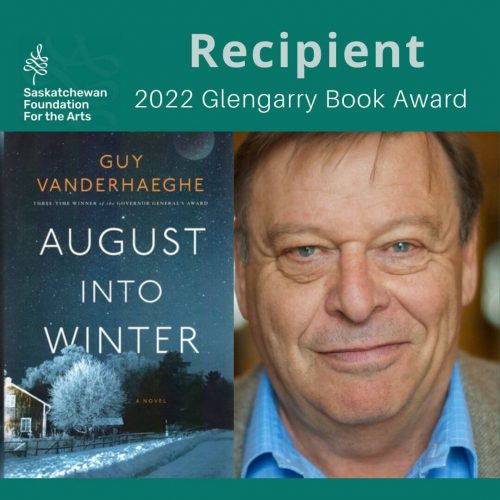 Guy Vanderhaeghe is the author of four collections of short stories, six novels, two plays, and one television mini-series. His collection of short stories, Man Descending, won the Governor’s-General Award for Fiction and the Faber Prize in Great Britain. Homesick was a co-winner of the City of Toronto Book Prize. The Englishman’s Boy was short-listed for the Dublin IMPAC Prize, the Giller Prize, received a Governor-General’s Award, as well as several Saskatchewan Book Awards. His novel The Last Crossing won the CBC’s Canada Reads Competition, The Canadian Booksellers Ex Libris Prize, and three Saskatchewan Books Awards. A collection of short stories, Daddy Lenin, was awarded the Governor’s-General Award. Vanderhaeghe has been the recipient of the Timothy Findley Prize, the Harbourfront Literary Prize, The Cheryl and Henry Kloppenburg Prize, and the Lieutenant Governor’s Lifetime Achievement Award in the Arts, all given for a body of work. He is an Officer of the Order of Canada, a Member of the Saskatchewan Order of Merit, and a Fellow of the Royal Society of Canada.

for ‘Recognition of Literary Excellence’

Shortlisted novels are Lee Gowan’s The Beautiful Place, praised by the jury for its original and compelling writing, engaging characters, breadth of literary imagination, as well as its subtle humour; and Anne Lazurko’s What Is Written on the Tongue for its solid writing, diligent research, and ambitious transitions through the historical periods of the main character’s lived experience. 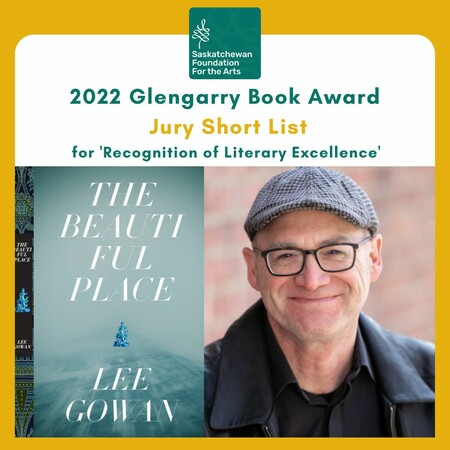 Lee Gowan was born on a farm southwest of Swift Current, Saskatchewan. He is the author of the novels Confession, The Last Cowboy, (published in France as Jusqu’au bout du ciel), and Make Believe Love, which was nominated for the Trillium Award for best book in Ontario. He also published the critically acclaimed story collection Going to Cuba, and wrote the award-winning screenplay for Paris or Somewhere. He is the Program Director for Creative Writing at the School of Continuing Studies, University of Toronto. His latest novel The Beautiful Place was published by Thistledown Press in 2021.

The man we know only as Bentley is floundering on every front, and like anyone who feels that he’s on the brink of annihilation, Bentley thinks back to his misspent youth, which was also the year he met his famous grandfather, the painter Philip Bentley, for the first time. He has inherited his grandfather’s tendency to self-doubt, as well as that cranky artist’s old service pistol.

How did Bentley end up as a cryonics salesman—a huckster for a dubious afterlife—when he wanted to be a writer? And who is the mysterious Mary Abraham, and why is she the thread unravelling his unhappy present? What will be left when all the strands come undone? 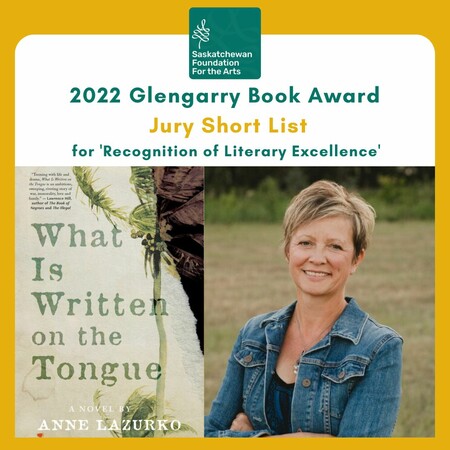 Anne Lazurko is the author of Dollybird (Coteau/ Shadowpaw Press reprise 2023) which received the Willa Award for historical fiction. With short fiction and poetry published in literary magazines and anthologies, Anne is an active editor, teacher and mentor in the prairie writing community. An award-winning agricultural journalist and no-awards, but damn good, farmer, Anne writes from her farm near Weyburn, SK.

Anne Lazurko’s novel What is Written on the Tongue, is the story of one man’s journey through two very different wars, from being occupied to holding the gun, from having an enemy to becoming one.

Released from Nazi forced labour as World War II ends, 20-year-old Sam is quickly drafted and sent to the island of Java to help regain control of the colony. But the Indonesian independence movement is far ahead of the Dutch and Sam is thrown into a guerilla war, his loyalties challenged when his squad commits atrocities reminiscent of those he suffered at the hands of the Nazis. Sam falls in love with both Sari and the beautiful island she calls home but as he loses friends to sniper fire and jungle malady, he also loses sight of what he wants most – to be a good man.

Request for Call Back